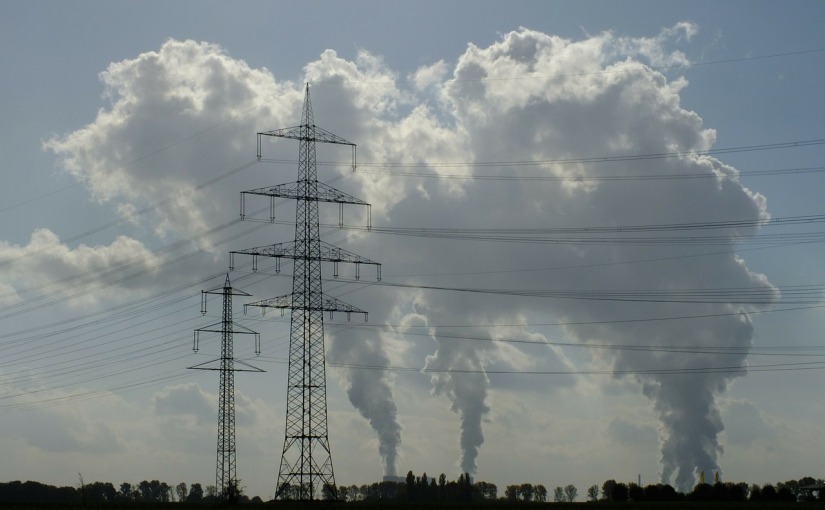 There are many things that seem unsatisfactory about the judgment of the High Court in RWE Generation v Gas and Electricity Markets Authority, apparently reflecting the judge’s own evident dissatisfaction with aspects of the claim.

However, in spite (or perhaps because) of this, the case has important things to say about how the courts treat discrimination claims in complex regulatory cases, both in the energy industry and beyond.

The Gas and Electricity Markets Authority (Ofgem) is a national regulatory authority under the ‘Third Package’ of EU energy legislation – specifically, for the purposes of this case, under Directive 2009/72/EC (the Directive). Among other things, this means that it has the role of fixing or approving tariffs for the use of electricity transmission networks (Article 37(1) of the Directive).

The Directive contains a number of general and specific prohibitions on discrimination, including in particular the requirement that transmission tariffs must be ‘applied objectively and without discrimination between system users‘ (Article 32(1)). The duty not to discriminate (or ‘principle of equality’) is in any event a general principle of EU law and, in its guise as an obligation to ‘treat like cases alike’, a fundamental requirement of UK public law.

For the purpose of investing in the national transmission network to ensure long-term security of supply, the transmission system operator is obliged to apply a set of Ofgem approved decision-making criteria. These require it, when assessing the capacity needed at times of peak demand, to ignore the contribution potentially made by so-called ‘intermittent’ generators – those generators which use sources of power (such as wind and solar) that are not always available. Instead, it must take into account only the output of the conventional generators (such as those operating coal and gas fired plants) which are able to control the time of generation and can therefore be relied upon at peak periods.

Following a lengthy process of reviewing transmission charging under the aegis of a ‘significant code review’ of the industry Connection and Use of System Code, Ofgem approved in 2014 an industry proposal for a new tariff structure.

Among other things, this introduced one component of the charge called a ‘peak security tariff’ which would be paid only by conventional, and not by intermittent, generators. The essential logic behind this was that since intermittent generators could not be taken into account when planning investment in the network to meet peak demand, they should not bear the costs that are associated with that investment. Tying this element of the tariff to the underlying system planning criteria would align it with the cost drivers for investment and so make it more ‘cost-reflective’, in line with another principle of the Directive (Recital 36).

The challenge was brought on two main bases, both closely related – that Ofgem had approved a tariff that was discriminatory in breach of the requirements of the Directive, and that its decision was irrational.  A third basis relating to state aid had been abandoned as a freestanding ground of claim by the time the case got to trial.

Beneath these grounds lay a number of arguments of varying degrees of subtlety, including an attempt at restrictively defining some of the language of the Directive, such as the phrase ‘cost-reflective’, which (unsurprisingly) failed to gain much traction with the judge. The core of the claim, however, lay in the discrimination argument.

‘The general principle requires that comparable situations are not to be treated differently, or different situations treated in the same way, without objective justification. On occasions, the focus is on a two-stage process: are two situations comparable and if so, is any differential treatment objectively justifiable? On other occasions, the two questions tend to be merged into a single issue, that is, is there a relevant difference between the two situations sufficient to justify the differential treatment?’ [41]

RWE’s case was that, as a user of the transmission system, it was being discriminated against because (being a conventional generator) it was to be charged more than other users (the intermittent generators) without any objective justification for the difference in treatment. The fact that certain assumptions about intermittent generators were made for system planning did not logically relate to the differential treatment of those generators for use of system charging purposes. There was no justification for eliding these two issues as Ofgem had done. In point of fact, intermittent generators routinely use the transmission system at peak times, and it was irrational of Ofgem to ignore the evidence to that effect.

The judge, apparently irritated by the volume of evidence and number of arguments placed before him – including ‘unsolicited submissions (and evidence) submitted by some parties after the conclusion of the hearing‘ [63] – gave all of this rather short shrift. In his view, it was a very simple case –

‘Following extensive review and consideration, the Authority has formed the view, which it is entitled to do, that aligning part of the charging system with the criteria for investment in the transmission system will further a number of relevant objectives. It is entitled, on the material before it, to reach that conclusion.’ [58]

On this basis, there was neither discrimination nor irrationality, and the claim failed on all grounds.

Commentary – The Key Role of Deference

One of the unsatisfactory features of the case is the sense that the key issues lie somewhere off the page.

This is a question of ‘deference’, the shorthand used in public law for what Lord Sumption (in R (Carlile) v SSHD) described as –

‘…a tool for assessing the practice by which the courts accord greater weight to the executive’s judgment in some cases than in others…It has two distinct sources. The first is the constitutional principle of the separation of powers. The second is no more than a pragmatic view about the evidential value of certain judgments of the executive, whose force will vary according to the subject matter.’ [22]

The language of ‘deference’ often comes in for criticism, not least for its unhelpful connotations of a forelock-tugging judiciary deferring to the will of a powerful executive. The concept of deference, however, is alive and well. And nowhere does it seem more alive or in better health than in Lord Sumption’s judgment in the recent and important Supreme Court case of R (Rotherham MBC) v Secretary of State for Business, Innovation and Skills (February 2015).

In Rotherham, which was also a case about discrimination, the Supreme Court had to decide whether the Secretary of State’s decision as to the allocation of EU Structural Funds between different regions of the UK unlawfully discriminated against two of them (Merseyside and South Yorkshire). Lord Sumption, giving the leading opinion for the majority, held that in all the circumstances of the case the Secretary of State was entitled to a very wide margin of discretion with which the Court should only reluctantly (and therefore, in that particular case, not at all) interfere.

This was by no means the only approach which commended itself to the members of the Court. In a case decided on a 4:3 split there were robust dissenting opinions from a strong minority (Lady Hale, Lords Mance and Carnwath) who were prepared to apply considerably more diligent scrutiny to the government’s reasoning, and an uncharacteristically tentative judgment from Lord Neuberger who found himself cast in the plainly uncomfortable position of swing voter.

Nonetheless, it was the Sumption view which carried the day, and the same approach lives and breathes through the whole of the judgment in RWE. Lewis J cites Rotherham only for its helpful summary of the concept of discrimination in public law, but it is obvious that at a deeper level his approach was informed by precisely the same spirit of deference which animated Lord Sumption in that case.

In reality there was something distinctly questionable about Ofgem’s decision on transmission tariffs. It is, to say the least, not self-evident how an assumption used for planning purposes, however valid it may be in that context, should determine a basis for charging for use of the system. It requires some explanation, certainly more than appears from the judgment, to justify how that assumption leads to conventional generators ‘causing’ the costs of the system investment needed for periods of peak demand in such a way that they should then be required to bear them alone.

None of this is to say that Ofgem’s decision could not stand up to more thorough scrutiny. But it is at least to make the point that it invites a level of scrutiny that was not given to it in RWE.

However, complex regulatory cases, just like the matters of central government resource allocation in Rotherham, are classic territory for the application of judicial deference. And regulatory matters scarcely come much more complex than cases of monopoly network tariff setting. Lewis J no doubt understood that he was on safe ground in adopting a deferential approach. It was the deciding factor in the case. Perhaps the claimant anticipated that by pleading discrimination under EU law it might obtain a higher standard of review than if it had just relied on irrationality. What it got, in the end, was pure Wednesbury.

If this was a complex regulatory case in which the court should show deference to the views of the expert regulator and allow it a wide margin of discretion, was it suitable for judicial review at all? In other circumstances, in relation to exactly the same subject-matter, a merits appeal would be available to a claimant, to be heard by the Competition and Markets Authority, under section 173 of the Energy Act 2004. Why not here?

The answer is that such appeals are available only where Ofgem’s decision is contrary to the majority recommendation of an industry panel and not, as here, where Ofgem agreed with that majority – see the exclusion in Article 6 of the Electricity and Gas Appeals (Designation and Exclusion) Order 2014.

However, in accordance with the Directive, all affected parties are entitled to a right of appeal from Ofgem decisions (Article 37(17)), Ofgem must be entirely independent of the industry it regulates (Article 35(4)), and there can be no discrimination between undertakings with regard to their rights (Article 3(1)).

So on what basis is it appropriate to make the rights of an individual company such as RWE – whether it is entitled to a merits appeal before a specialist tribunal, or only to the more limited remedy of a judicial review – subject to the contingency of whether or not Ofgem’s view happens to align with that of the majority of the rest of the industry?

The more the courts adopt the attitude of deference to complex regulatory decisions that was on display in this case, the more this aspect of the legal framework looks incoherent and in need of review.