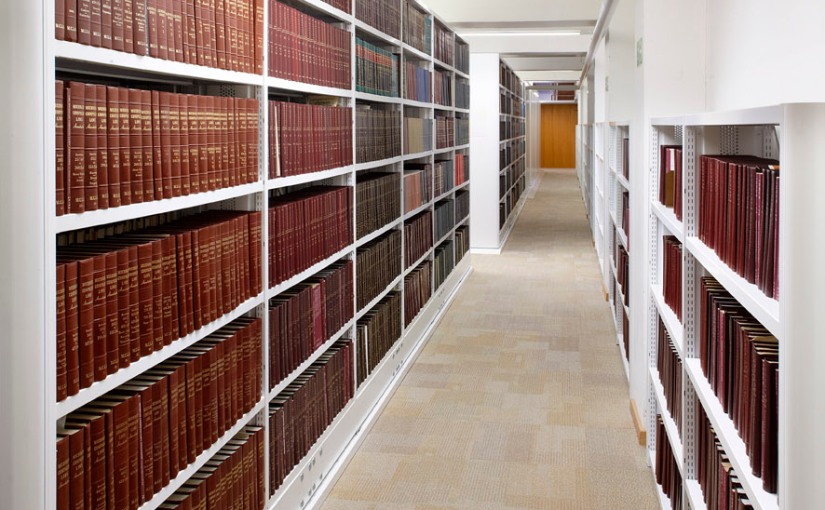 The rules of interpretation in public law, though apparently of little interest to academic lawyers, and never taught in law schools, are fundamental to the day-to-day work of anyone practising in the area.

This is not only because most public authorities operate within a statutory framework which must be properly understood if they are to act intra vires, but because they themselves generate huge volumes of written documents – orders, directions, regulations, consents, licences, authorisations, policies, approvals, determinations, guidance (and so on) – all of which fall to be interpreted within a public law context.

Because public law is, as Martin Loughlin of the LSE observes, ‘an autonomous discipline with its own distinctive methods and tasks’, its principles of interpretation differ in important respects from those applying to private law documents. In two cases decided on the same day, the Supreme Court has emphasised four important elements of these principles.

In Trump, a company owned by US Presidential hopeful Donald Trump, having developed a golf course on an environmentally sensitive stretch of the Aberdeenshire coastline, complained that an offshore windfarm to be built a couple of miles from the resort would spoil the views of its patrons. Its legal challenge was to the consent given by the Scottish Ministers to the windfarm under section 36 of the Electricity Act 1989. One of the grounds of challenge was that a condition attached to the consent was unclear and unenforceable, so (it claimed) rendering the entire consent invalid.*

In SeaFrance, the question was whether the CMA was right to treat the acquisition by Eurotunnel of the assets of SeaFrance – a ferry service, formerly owned by SNCF, which had gone into liquidation – as a merger situation falling within its jurisdiction. Whether it was entitled to do so turned on whether what was acquired was an ‘enterprise’ for the purposes of section 23 of the Enterprise Act 2003, or merely a set of bare assets. The Court of Appeal had earlier concluded that the business, because it had not traded for some months, could not be regarded as an enterprise, so that its acquisition could not give rise to a merger.

Point One – Void for Uncertainty: A High Hurdle

The Supreme Court in Trump, referring to earlier case law in a planning context, held that provisions will not be void for uncertainty merely because they are ambiguous or lead to absurd results, but only if they ‘can be given no meaning or no sensible or ascertainable meaning’ ([27] and [54]) – clearly a high hurdle. Lord Carnwath thought this rule at least was of general application across both public and private law documents [58]. The impugned condition in Trump did not come close being uncertain in the sense required to render it void.

Implying terms into private law documents, in order to give effect to the actual or imputed intent of the parties to them, is a standard and unremarkable feature of contractual construction. However, it had been doubted, in a series of earlier cases, that it was possible to imply terms into public law documents such as the section 36 consent in Trump.

The Supreme Court in that case thought that there was no ‘absolute bar’ to doing so [32]. In certain contexts, such as where a breach of a public law document might lead to criminal sanction, the court should exercise ‘great restraint’, but even in these cases there will be ‘no principled reason for excluding implication altogether’ [35].

This begs the question on what basis terms might be implied, which was answered by Lord Hodge as follows –

‘When the court is concerned with the interpretation of words in a condition in a public document such as a section 36 consent, it asks itself what a reasonable reader would understand the words to mean when reading the condition in the context of the other conditions and of the consent as a whole. This is an objective exercise in which the court will have regard to the natural and ordinary meaning of the relevant words, the overall purpose of the consent, any other conditions which cast light on the purpose of the relevant words, and common sense.’ [34]

Even had there been a fundamental problem with the condition being challenged in Trump, it was clear that the Supreme Court would have been willing to read in words necessary to make it effective.

Point Three – Extrinsic Material may be Used, but to a Limited Extent

In a private law context, there is no bar to a court relying on any material extrinsic to a contract which might help to shed light on the intentions of the parties to it.

The case of a public law document is different. Even where, as with the grant of a consent by a public authority to a company, the document has a bilateral character, it is still of importance to the public in general. Hence the courts will be more reluctant to have regard to extrinsic material, as Lord Hodge explained in Trump –

‘Differences in the nature of documents will influence the extent to which the court may look at the factual background to assist interpretation. Thus third parties may have an interest in a public document, such as a planning permission or a consent under section 36 of the 1989 Act, in contrast with many contracts. As a result, the shared knowledge of the applicant for permission and the drafter of the condition does not have the relevance to the process of interpretation that the shared knowledge of parties to a contract, in which there may be no third party interest, has. There is only limited scope for the use of extrinsic material in the interpretation of a public document…’ [33]

However, this is merely a limiting rule and not an absolute bar. Other public documents, such as relevant consultation papers or applications for an authorisation, may be brought into play in order to resolve ambiguities in the documented being interpreted [34].

In SeaFrance, Lord Sumption restated the classic (though insufficiently understood) approach to the interpretation of those words which require the exercise of some value judgment in the circumstances of each case in which they are applied.

The key term in the case was ‘enterprise’. The word was defined in section 129(1) of the Enterprise Act 2002 to mean ‘the activities, or part of the activities, of a business’. But this only begged the further question of when a business was engaged in ‘activities’, and in particular whether it continued to be even when it had not traded for a period of time.

‘…the test for determining what are the relevant “activities” whose absorption by another enterprise founds the jurisdiction of the Authority is a question of law. It depends on the construction of the Enterprise Act….[However], once the test has been identified its application to particular facts may call for expert economic judgments by the tribunal of fact, in this case the Authority.’ (emphasis added) [31]

The legal element of this approach is one for the court, and no public authority has any special status to act as interpreter –

‘…the Authority’s expertise and the specialised nature of its functions do not clothe it with any wider power to determine its statutory jurisdiction than is enjoyed by other administrative decision-makers, and its conclusions on the point are entitled to no greater deference on a review or appeal.’ [31]

Conversely, the factual element is one for the judgment of the authority. Having properly directed itself as to the law, it is entitled to a wide discretion as to the application of the law to the facts of the case –

‘Once that point is reached, the application of the principle to the facts is a matter of expert evaluation. In these circumstances, the Authority’s evaluation could not properly be discarded by a court of review unless it was irrational.’ [41]

This is essentially the same approach as that taken by the House of Lords in another merger case, R v Monopolies and Mergers Commission ex p South Yorkshire Transport Ltd [1993] 1 WLR 23 – where the word in dispute was ‘substantial’ – though Lord Sumption did not feel it necessary to refer to any earlier authority on this point.

On the facts of SeaFrance, the Supreme Court was content that the CMA acted within its powers. It had correctly interpreted the legislation, and its application to the facts of the case was well within the scope of its discretion. A business can still be carrying on ‘activities’, at least for a period of time, even when it is dormant.

The wider importance of the case is in re-emphasising the correct legal approach to the interpretation and application of language – of which there is a great deal, whether in statute or other public law instruments – which requires first to be properly interpreted, but then still leaves room for an element of expert judgment.

Lord Hodge in Trump noted that there is ‘a modern tendency in the law to break down divisions in the rules on the interpretation of different kinds of document, both private and public, and to look for more general rules on how to ascertain the meaning of words’ [33].

What Trump and SeaFrance in fact demonstrate is that any such attempts are wholly theoretical. In the real world of legal practice, public and private law documents can be thought of as existing in substantially distinct categories to which different interpretative methods and principles need to be applied in order to avoid falling into errors of law which are amenable to challenge.

* In passing, it might be noted that the unmeritorious claim in Trump, which would never have reached the Supreme Court had any permission test been applied, did so only because of the rule that appeals in civil cases from Scotland (unlike those from the rest of the United Kingdom) could be made to the Supreme Court as of right.

However, it was one of the last to benefit from this constitutional asymmetry. Following changes made by section 117 of the Courts Reform (Scotland) Act 2014, all appeals from decisions of the Inner House of the Court of Session in Scotland after 22 September 2015 will require permission; effectively putting Scottish cases on the same footing as those decided elsewhere in the UK.