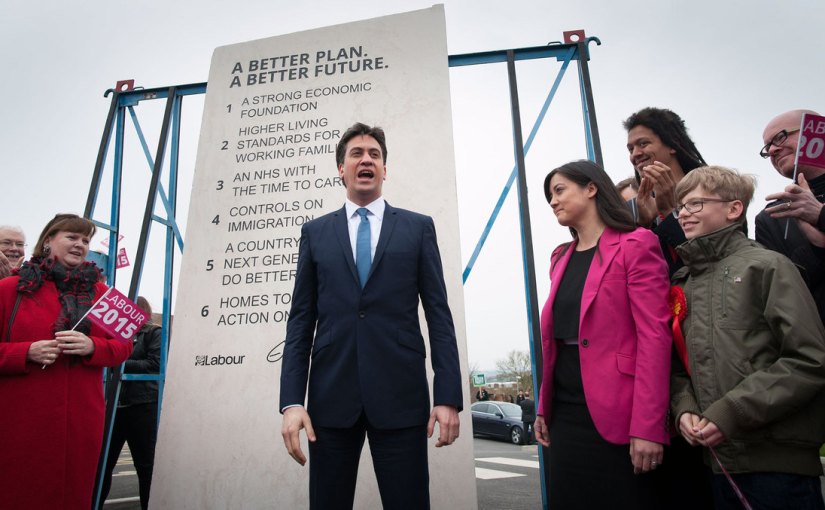 Why does a regulator impose a financial penalty on a regulated body? To punish it? To discourage any repetition of the offending conduct? To deter others from doing the same thing?

The answer, clearly, is all of the above. However, two fines imposed by different regulators on consecutive days in October 2016 tell contrasting stories.

In one case, Ofcom fined Vodafone £4.6 million for failings related to its customer account and complaints handling systems. This is the largest fine it has ever imposed on a telecoms operator, and follows a recent pattern of sectoral regulators handing out record penalties. Some regulators may well be over-using their fining powers (a point to which I will return in a later post), but no-one can say that they are not treating them as a serious part of the regulatory toolkit. Even for a company as large as Vodafone, a fine of £4.6 million, straight off the bottom line, does not pass unnoticed.

By contrast, on the previous day, the UK Electoral Commission, in what, for it, was also the imposition of a record financial penalty, fined the Labour Party the somewhat less substantial sum of £20,000.

Why the disparity, and what does it tell us?

The Electoral Commission is (among other things) the regulator of political party finances under the Political Parties, Elections and Referendums Act 2000 (PPERA).

What brought the Labour Party to its attention in this case was a 2.6 metre high limestone tablet, unveiled by Labour leader Ed Miliband in a car park in Hastings towards the end of the 2015 general election campaign. The tablet was inscribed with six political promises of even greater than usual vacuity. Miliband declared that, if elected, he would place it in the garden of 10 Downing Street.

This political gimmick, the ‘Ed Stone’, quickly became the subject of widespread derision in both the conventional and social media. Even eight months later, in January 2016, when the Electoral Commission published the parties’ general election spending returns, a number of journalists retained a sufficient interest to scour the list in order to find out how much the episode had cost. The answer – £5,400 for the slab of stone, a further £2,214 for the inscription – was missing from the record.

Once alerted to this omission, the Electoral Commission investigated and discovered that the Labour Party’s campaign return was in fact missing 74 items amounting to £123,748 of expenditure. In addition, £34,392 of electoral spending was unsupported by invoices.

The failures to provide a full return on campaign expenditure, and adequately to support it by invoices, breached two provisions of section 80 of PPERA.

The Sanction and What it Means

The Electoral Commission decided that the breaches were ‘without reasonable excuse’ and in its formal decision determined a financial penalty of £20,000.

This fine may have been a record amount for the Commission, but the problem comes when we consider it in its context.

The Labour Party, after its recent Corbyn-inspired surge in membership, is by far the most well-funded political party in the UK. Its income in the 2015 accounting year was £51.2 million (source: Electoral Commission).

For a party with these resources, a £20,000 fine does not represent a material sum. It is neither genuinely punitive, nor likely to be dissuasive, nor a meaningful deterrent to others. In other words, it fails to fulfil even the basic purposes of a financial penalty. It is the fine that is not a fine.

Why then was it imposed?

There is no suggestion that the Electoral Commission is doing an inadequate job. Like any equivalent regulator, it is obliged to operate within the the statutory framework imposed on it. Under Schedule 1, Part 2 of the Political Parties, Elections and Referendums (Civil Sanctions) Order 2010, the Commission’s hands are tied – ‘The maximum amount that the Commission may impose as a variable monetary penalty is £20,000’.

For point of comparison, if the legislation had adopted the default position in the majority of regulatory statutes, it would have set the maximum fine at 10% of a party’s turnover – in the case of the Labour Party, a sum in excess of £5 million.

So why limit a maximum fine at a level which renders it largely devoid of meaning, at least for the major political parties with their access to significant financial resources?

The only sensible answer is that the regulatory regime is designed to give the appearance of having force, while in fact having almost none. And why would Parliament accept such a state of affairs, which it would surely consider intolerable in almost any other case, but for the conflict of interest arising from the fact that MPs are themselves members of the very bodies being regulated?

When it comes to statutory powers, regulators generally have to live with what they are given. Asking for new or enhanced powers can too easily look like empire-building, and must be done with considerable care. Nonetheless, in its February 2016 review of the campaign spending in the general election, the Electoral Commission drew attention to a series of improvements that need to be made to the current regulator regime.  With regard to financial penalties in particular, it pointed out that the situation is far from satisfactory –

‘…with election spending limits in the millions of pounds for political parties contesting all constituencies, there is a risk that the capped £20,000 penalty will offer little future incentive for campaigners to ensure that spending limits are respected. Equally, such fines could seem inadequate and affect public confidence…’ (para 6.30 of the review)

The Commission is right. If a regulatory regime does not provide an effective solution, it becomes part of the problem. Lack of confidence in mainstream political parties is now a serious constitutional and democratic problem on both sides of the Atlantic. The absence of an appropriately empowered regulator ultimately does politicians, and politics itself, no favours.

The Commission wants stronger fining powers. The episode of the Ed Stone demonstrates that it both needs and should have them.